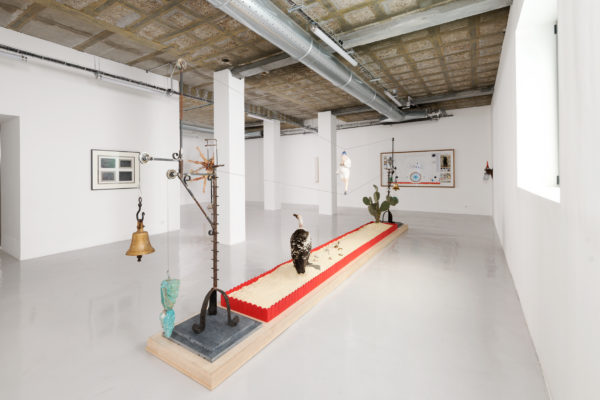 When his uncle Philippe died suddenly, Jean-François Cazeau was not yet in his fifties and, although he had been a merchant for seventeen years, considered himself almost a novice. "The quality of this profession is patience," says the man who, after sowing his seeds alone since 2009, is beginning to reap the first fruits. In his gallery in the Marais, Picasso is now playing elbows with Léger, while a Woman Walking, signed Giacometti, is making its way between Masson and César. Collectors who dream of a Renoir or a bronze by Germaine Richier certainly know who to turn to. Each of the pieces, arranged as if in an apartment a few steps from the Picasso Museum, has its own history, its own uniqueness, justifying its value.

"I received a military or religious education from my uncle," says the Parisian gallery owner, who has kept a hint of a Bearn accent. With this renowned tutor, himself trained by the Wildensteins, Jean-François learned about artists and art history, of course, but also about understanding collectors. Those who trust him are not of the compulsive type and forsake the "marketed contemporary" of the millionaire artists marketed by the mega-galleries. "It takes thirty years to know if a work is going to hold up," he assures us, defending the timelessness of Pierre Bonnard, Georges Mathieu or Bernard Buffet. Rather than selling off in the panic of a crisis, Jean-François Cazeau masters the art of storage: an important Soutine, bought at the scrapyard in the 90s, then wandered from fair to fair without finding a buyer, broke an auction record a decade later. "The sure values regain their value before the others," theorizes the emancipated nephew, who allows himself rare deviations with living artists who have the good taste to recall Soulages or Miro.

The "second market", according to the consecrated expression, delivers its dose of adrenalin, for the dealer who holds in his hands a part of the heritage of humanity. Here, risk-taking relies on expertise on authenticity, provenance and conservation. "Instinct too, it's an apprenticeship", says Jean-François Cazeau. As for the commercial sense, it is expressed by an art of conversation, nourished by the presentation of antique objects, here a Khmer lion head, there some objects older than 4000 years. "Buyers, especially foreigners, appreciate being taken on a journey. When they come to see us, it is also to learn what we have taken the trouble to know. We are always someone's novice.